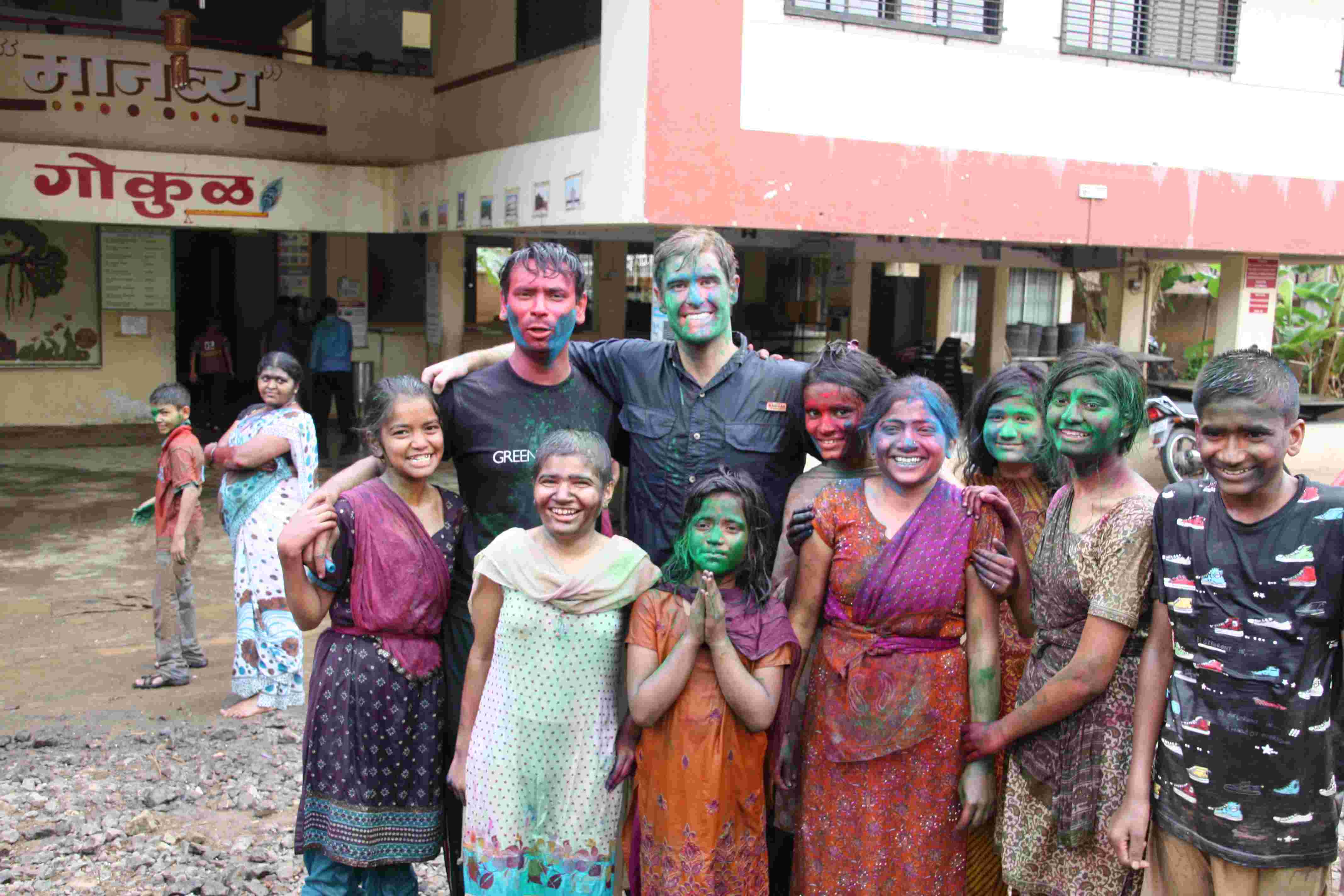 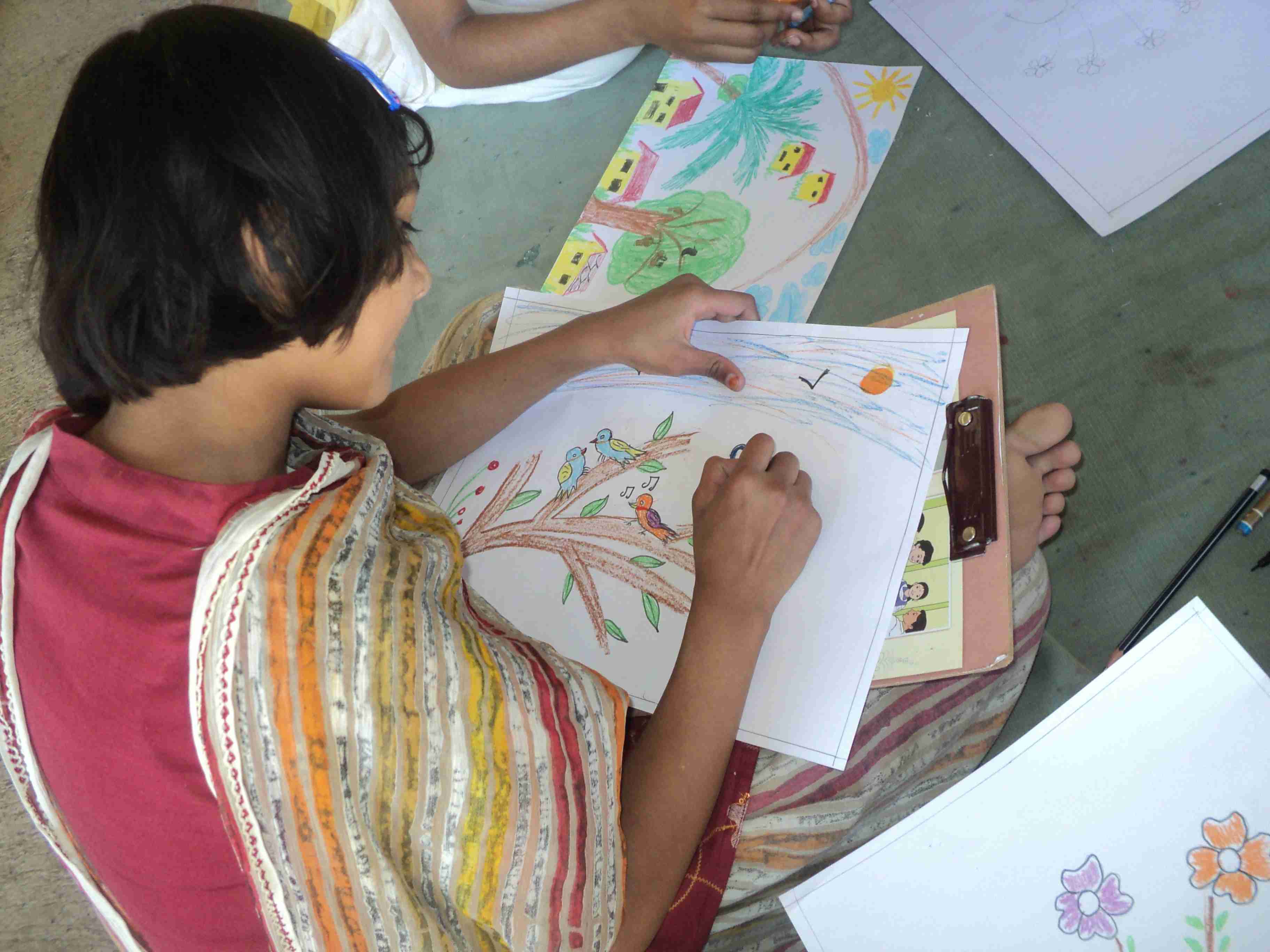 You can help us various ways. You can become a volunteer and help out in various projects that we conduct. 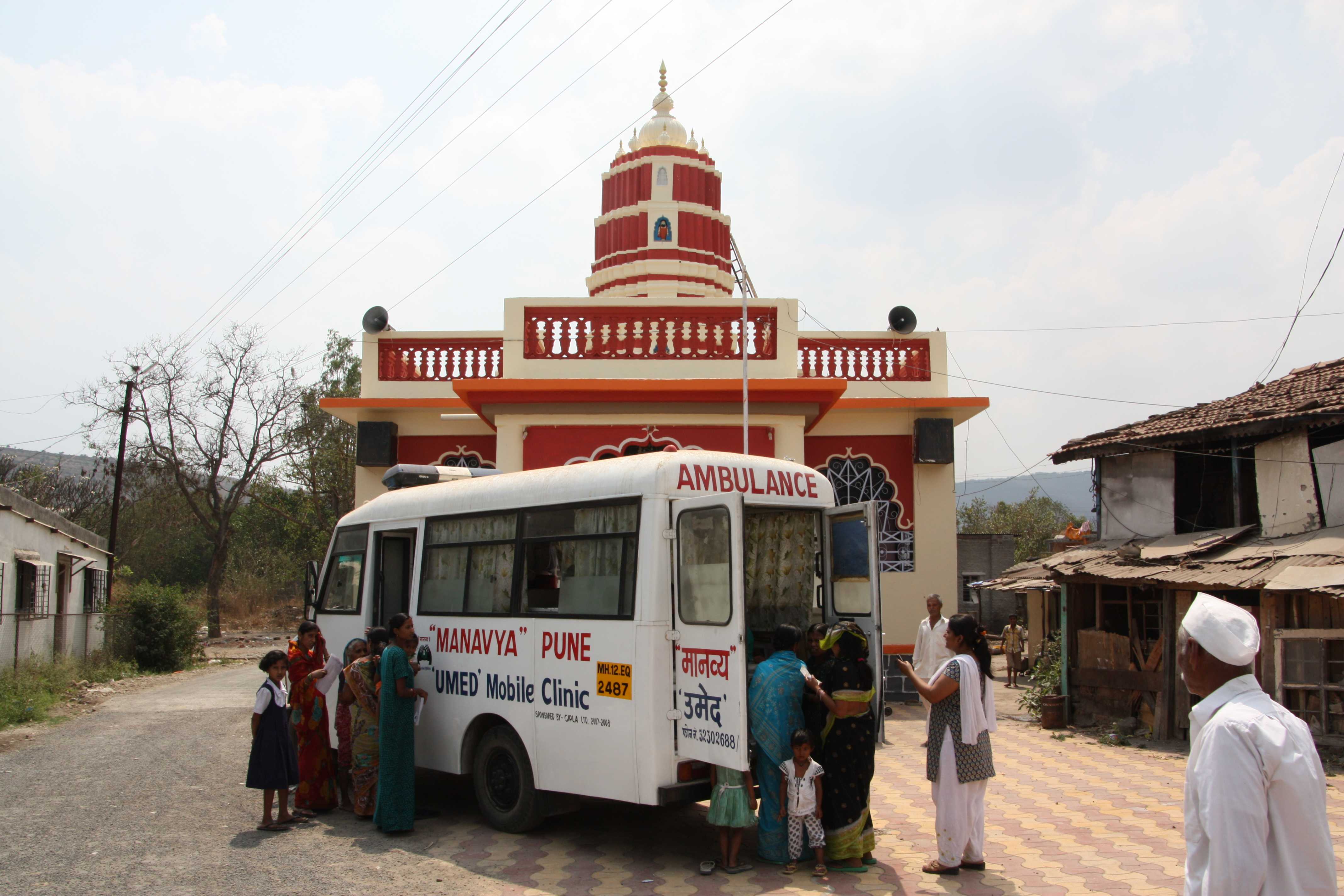 Manavya started “UMED” mobile clinic activity from 2008 with 5 villages half day only.

HIV awareness is a key component in preventing and reducing its fear and stigma prevalent in the community. On the occasion of world HIV AIDS week, Umed mobile clinic organized two awareness programs for educating youngsters in the community so they can be the source of change and not the carriers of this deadly disease. The main objective behind this initiative was to provide all necessary information, facts about this disease, what are the modes of its transmission, how it can be prevented by adopting appropriate safety measures and what can be done at a larger scale to arrest the incidences of its infection by applying the formulae of community education and sensitization. The targeted group chosen for both of these programs was young people mainly for two reasons – 1) India is a country of youngsters and 2) They are becoming the major source of the HIV transmission due to risky lifestyle, ignorance about HIV AIDS and its gravity as well as magnitude etc. Through the channels of these awareness camps we managed to reach out to general public with a proper attitude and teaching material on HIV and an effort was made to make a mass based movement and campaigning against the spread of this disease and social consequences that become inevitable after getting infected with HIV.

Objectives of the Awareness program

A systematic comprehension of this disease and clarification of various facts to the community were the two major factors which were essential for us to be conveyed through these awareness camps. Tutor Mrs. Asha Kanade played the role as a facilitator during both of these camps. She is a renowned counsellor from SOFOSH (Society Of Friends of Sasoon Hospital) who has a very wide experience of working and dealing with HIV AIDS affected families and is well acquainted with various dimensions social, psychological, historical, educational, cultural, economic connected with this infection. She used such type of methodology and educational inputs that easily appealed to the younger generation and they were introduced to the variety of aspects associated with HIV AIDS right form it’s very beginning in the global context, to enable sound understanding of this disease and its overall nature. These programs were carried out in a formal class room set up and in a disciplined school environment to maintain the sensitivity and seriousness regarding the issue and to avoid chaos as the focused group was in a really larger numbers. 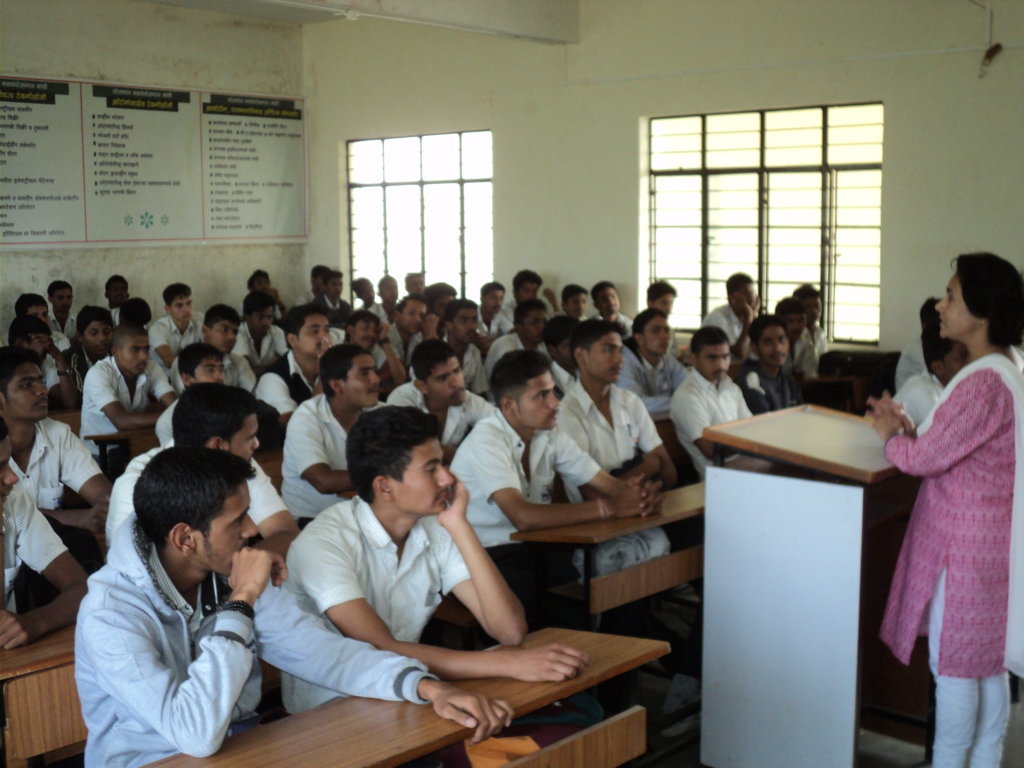 For the first awareness camp which was organized at ‘Chhatrapati Shivaji Junior College’ run by ‘Pune Jilha Shikshan Mandal’ Karmoli, Pune we got exact 110 participants from which 100 were the boys and 10 were the girls. All these participants either were studying in 11th standard or 12th standard classes. Second awareness camp was organized in ‘Pirangut Secondary School’ wherein the number of participants raised remarkably as compared to the first program. Here we got more than 300 adolescent girls mostly from 8th and 9th standard classes, as our active participants which clearly highlights the grand success of this initiative by Umed Mobile Clinic.

We made a special effort to provide and emphasize on only those valuable insights which are age specific and suitable/beneficial to their current age and psycho-physical changes. This educational tour started from the history of HIV-AIDS, when it came to India, what is the basic difference between HIV and AIDS, what are its general and specific characteristics, how and when this virus can survive inside and outside of the human body, what are the different modes and means of HIV transmission, what exactly are he physical and social implications that a person has to face once diagnosed with this disease, how this virus kills the immunity power step by step and multiply itself over a period of time, and moved forward to what are the preventive and curative measures which are available in the market to get rid of this infection, how can we control the number of HIV virus inside our body by taking ART treatment and maintaining nutritional and other lifestyle aspects, what is the role of ART treatment and how it is offered at very nominal charges by the Government health care centers and so on. 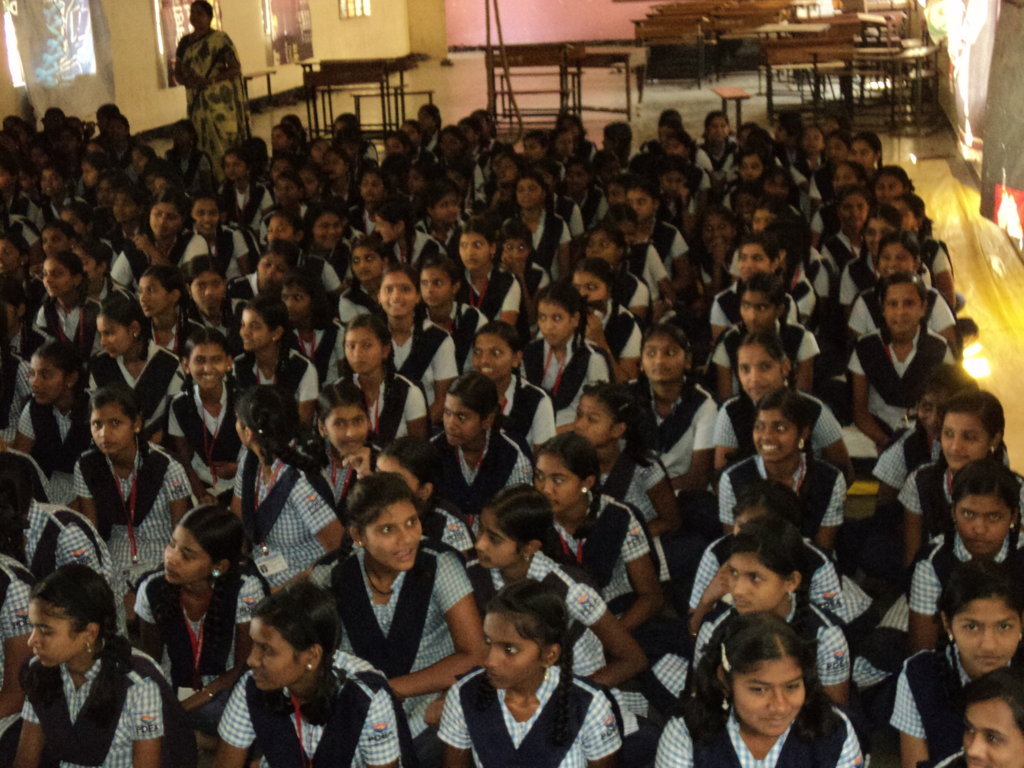 The main emphasis of both of these programs was on providing scientific information about HIV AIDS and encouraging people to surrender all the myths and misconceptions that are still prevalent in today’s community regarding the people living with HIV AIDS. For example, many people consider HIV AIDS as a result of some socially unacceptable behavior and so they have to face the problems like boycott from the family and entire community, discrimination in education, job opportunities etc. Many other think that HIV AIDS is a contagious disease like other viral infections and can spread easily through air, water, touch and so out of insecurity and fear of such ignorant masses, HIV positive community is kept deprived of its basic human rights which is very unfair because they must also be given equal opportunities and resources to make their own livelihood as they want. This was the major thrust area of our awareness programs that was to provide strong social support systems for such unfortunate ones by enlightening the community and reduce the incidences of stigma and discrimination which are quite common with HIV positive people by facilitating a positive change and attitude in the rest of the community. Last but not least, we also succeeded in promoting preventive strategies amongst the youngsters by introducing them to various aspects of HIV transmission and methods of prevention which will be a key component in struggle against HIV AIDS. 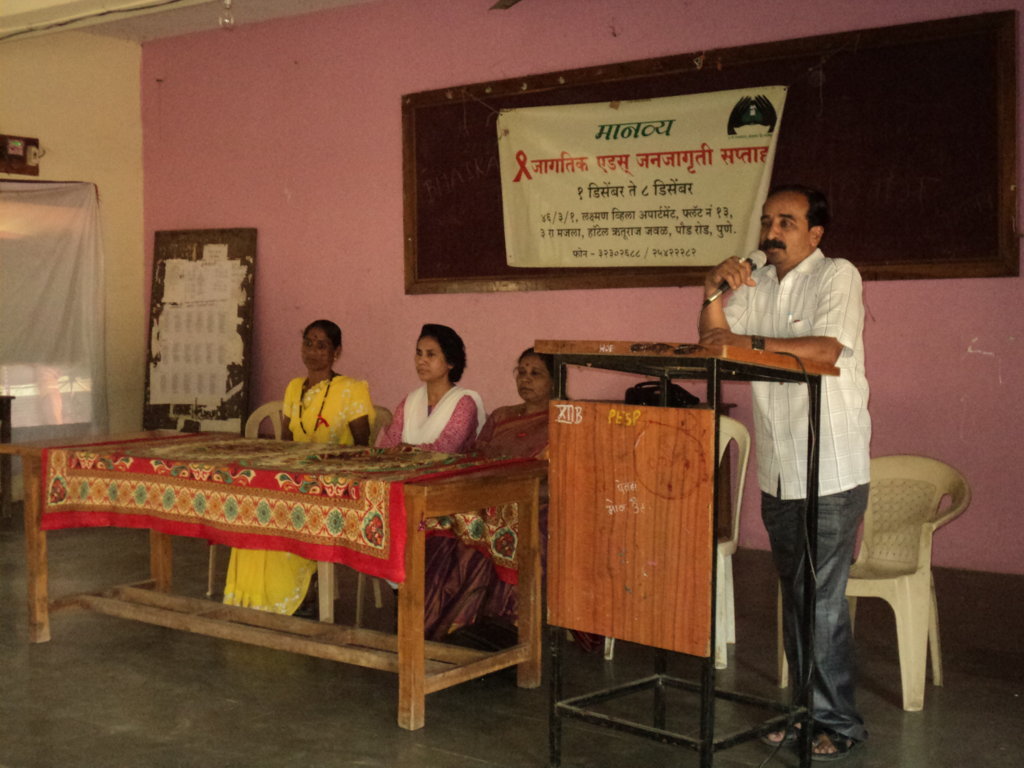 It gives us immense pleasure to inform about the recent ongoing activities in Manavya. With the help of generous funding from people like you, we are able to provide various facilities to the children.

Recently a new library is established in Manavya exclusively for English books. Efforts are made to make the library more innovative & attractive. Children need to improve their command on English language. Pallavi is continuing with the spoken English classes while the new library program will help to improve the progress rate 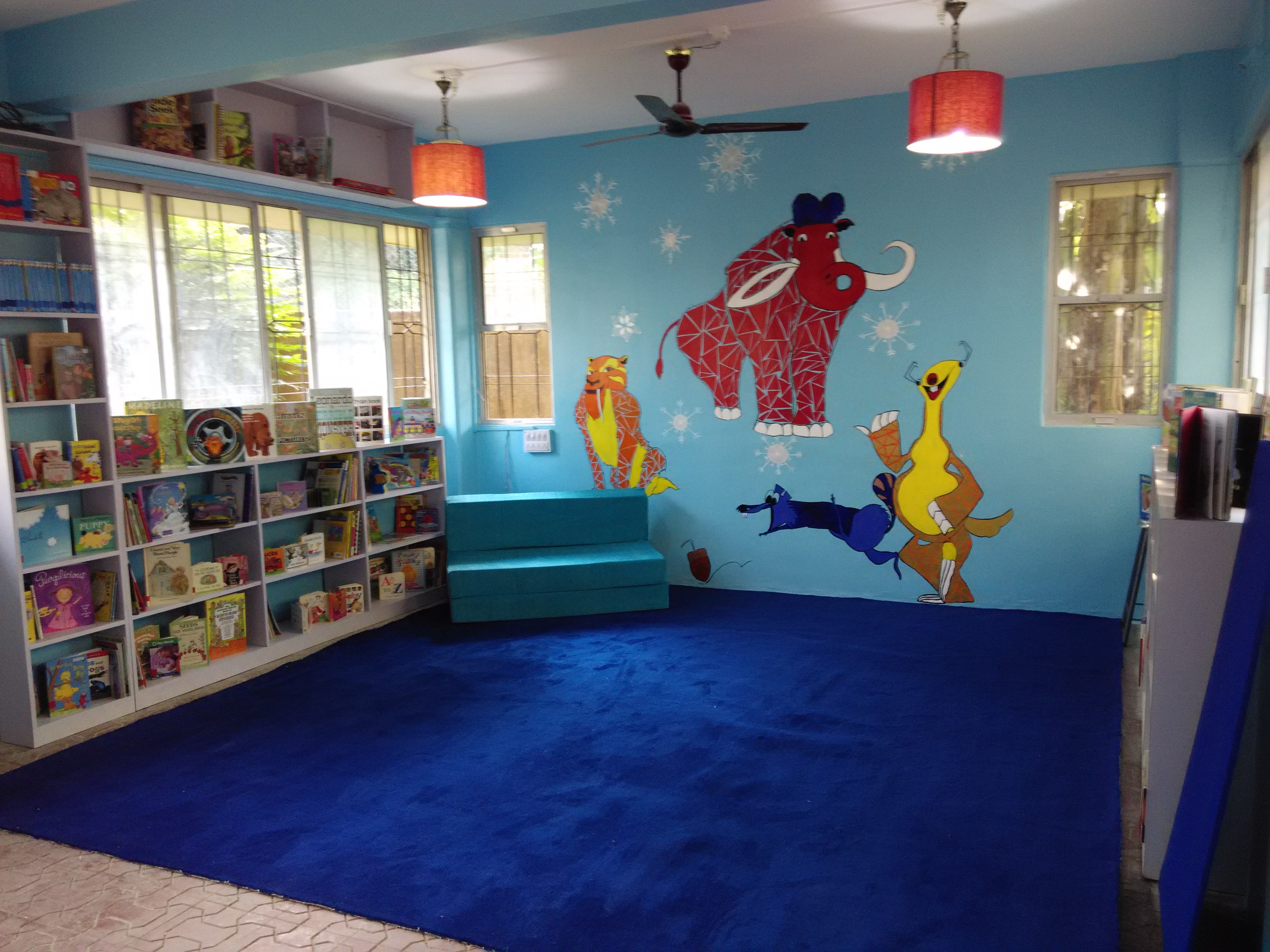 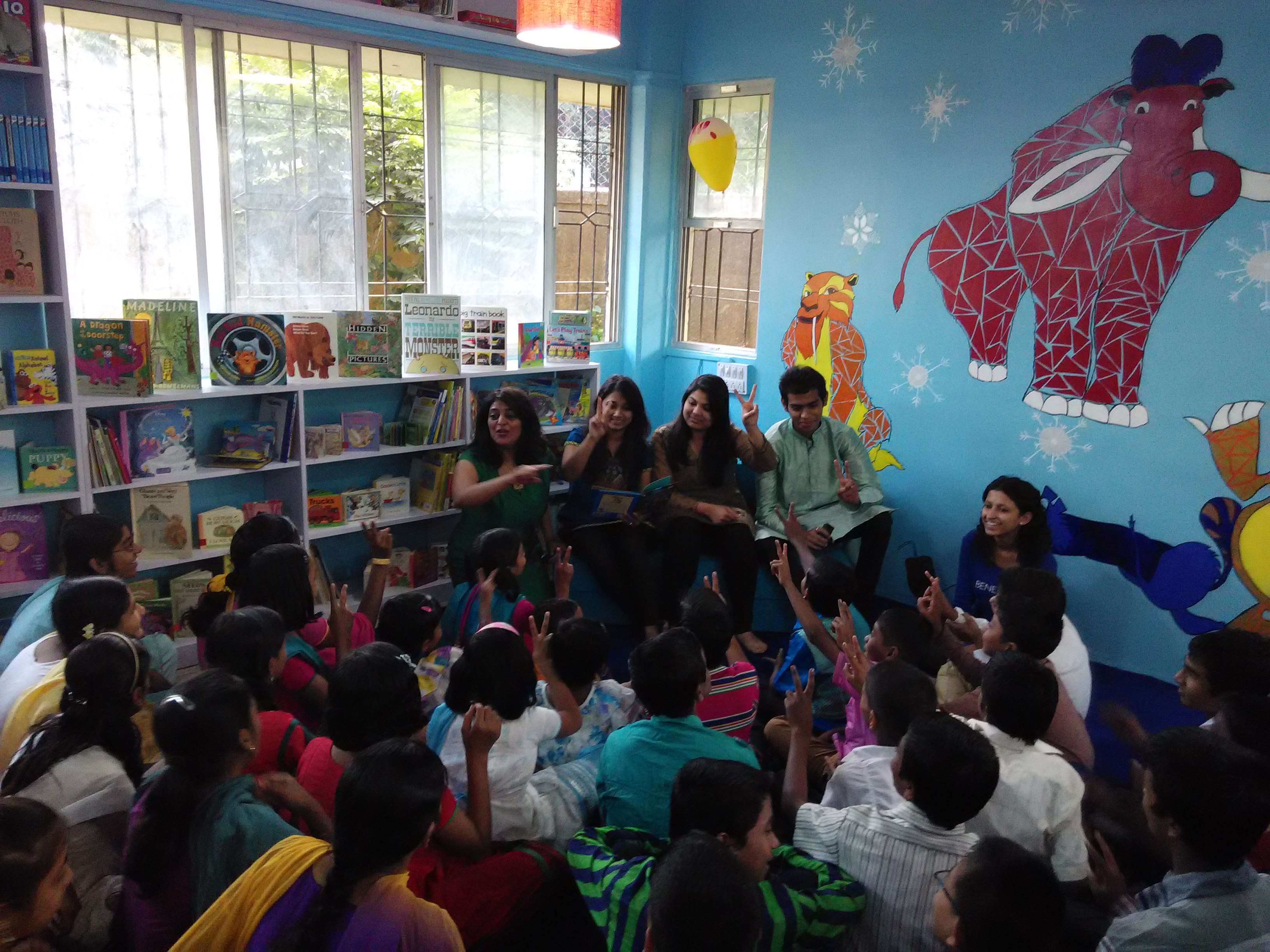 New computers are added in the existing computer lab which has helped more number of children to get the exposure to basic computer training & spend quality time. Mr. Shaikh was given further training related to E learning so as to teach the children in a better way. We will be providing internet access for the children. 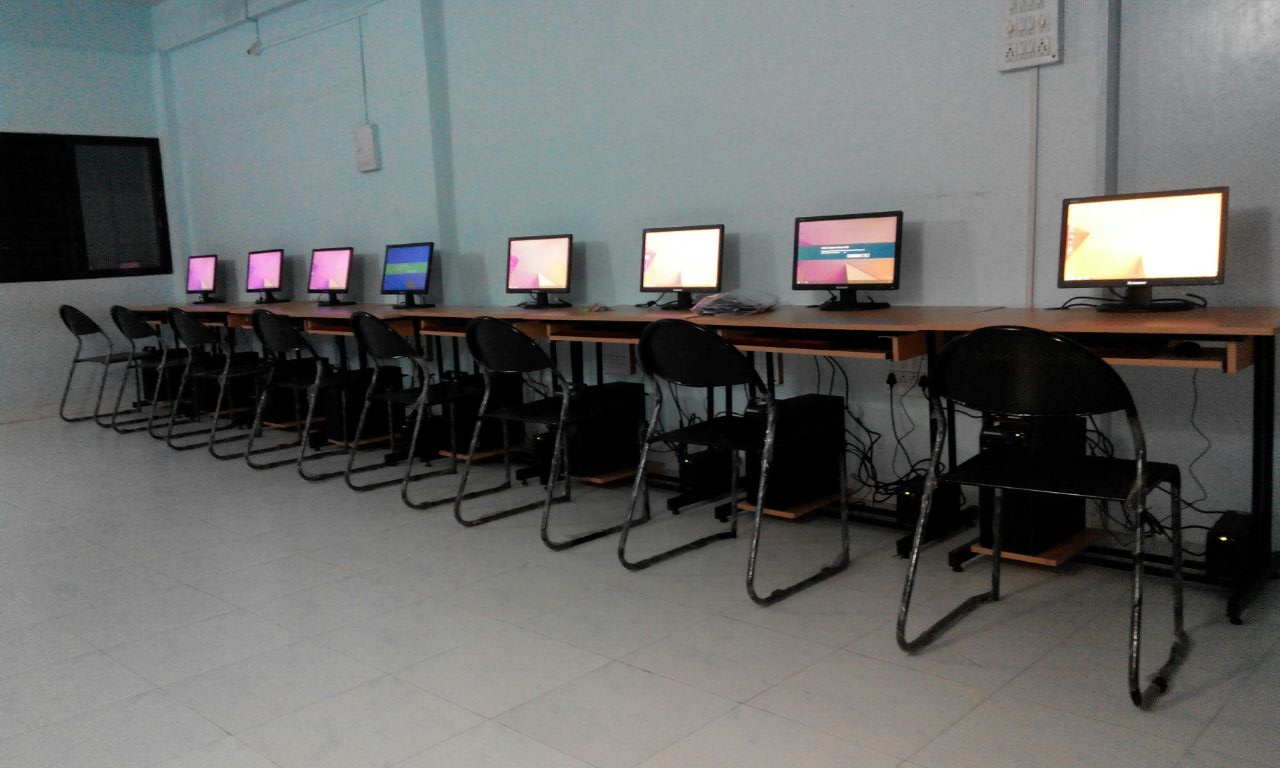 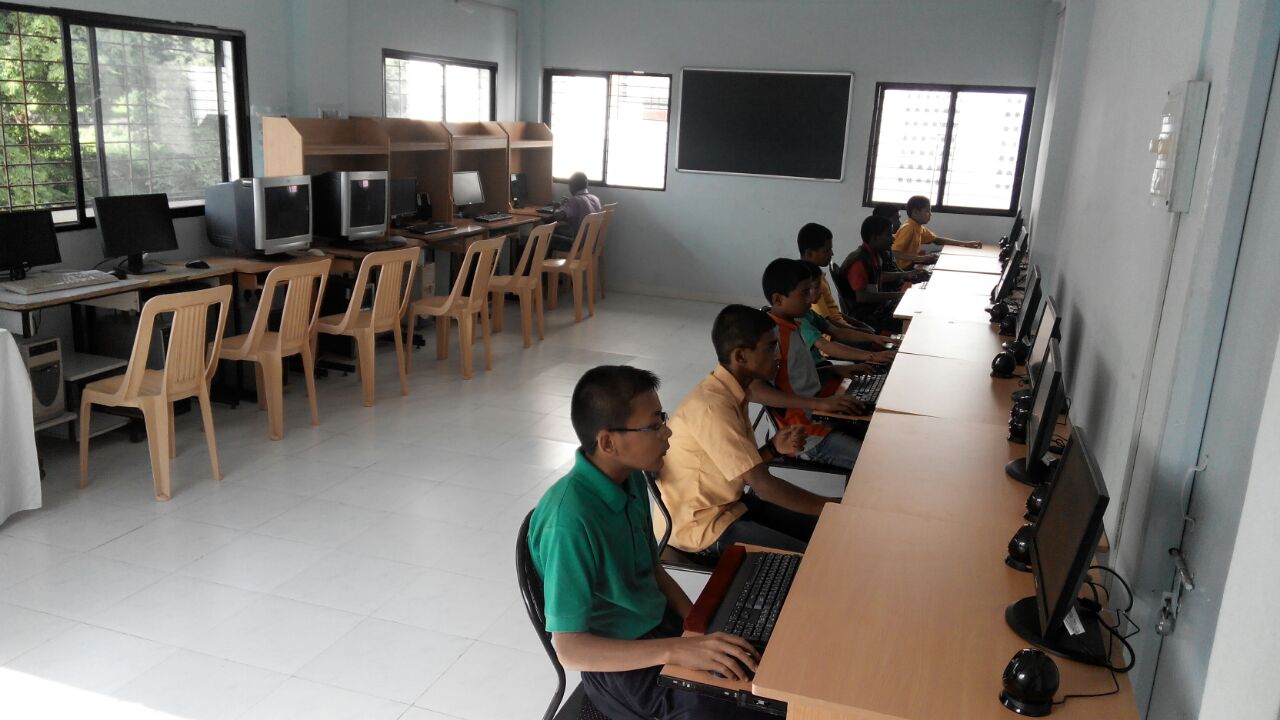 Sandeep who is pursuing diploma in computer technology is facing difficulty in understanding & keeping peace in his studies. We are making efforts to make it easy for him & to clear his doubts from time to time. A tutor is appointed to teach him Mathematics & other difficult subjects. Pankaj is doing well in his studies.

Vacancy for an Administrative Officer at Manavya Head Office.

1. Coordinating with the Visits of Donors & encouraging them to contribute towards supporting HIV Positive Children.

2. Planning CSR Activities with Companies & solving their queries & introducing them to the different projects of the organisation during their visit.

3. Sending Proposals to the Companies for financial assistance under the guidance of the Project Manager.

5. Handing Facebook Page, Twitter & Website of Manavya. Posting recent updates & promoting the activities carried out in the organisation & sharing the success stories through the use of social media.

7. Sending Thanks letter & Emails to individual & companies supporting the organisation & keeping them updated.

8. Presenting the Work of Manavya in Companies & foundations.

9. Looking after daily administrative work & maintaining proper work place to make it comfortable for all the employees.

10. Improving Personal Relations with the donors & have continuous support.

11. And all other additional responsibilities as per the need of the organisation.

Require an ANM Nurse for ‘Manavya’

We are in need of ANM female Nurse at Gokul, located at Bhugaon. Age between 30 to 40 years.

Email: This email address is being protected from spambots. You need JavaScript enabled to view it. 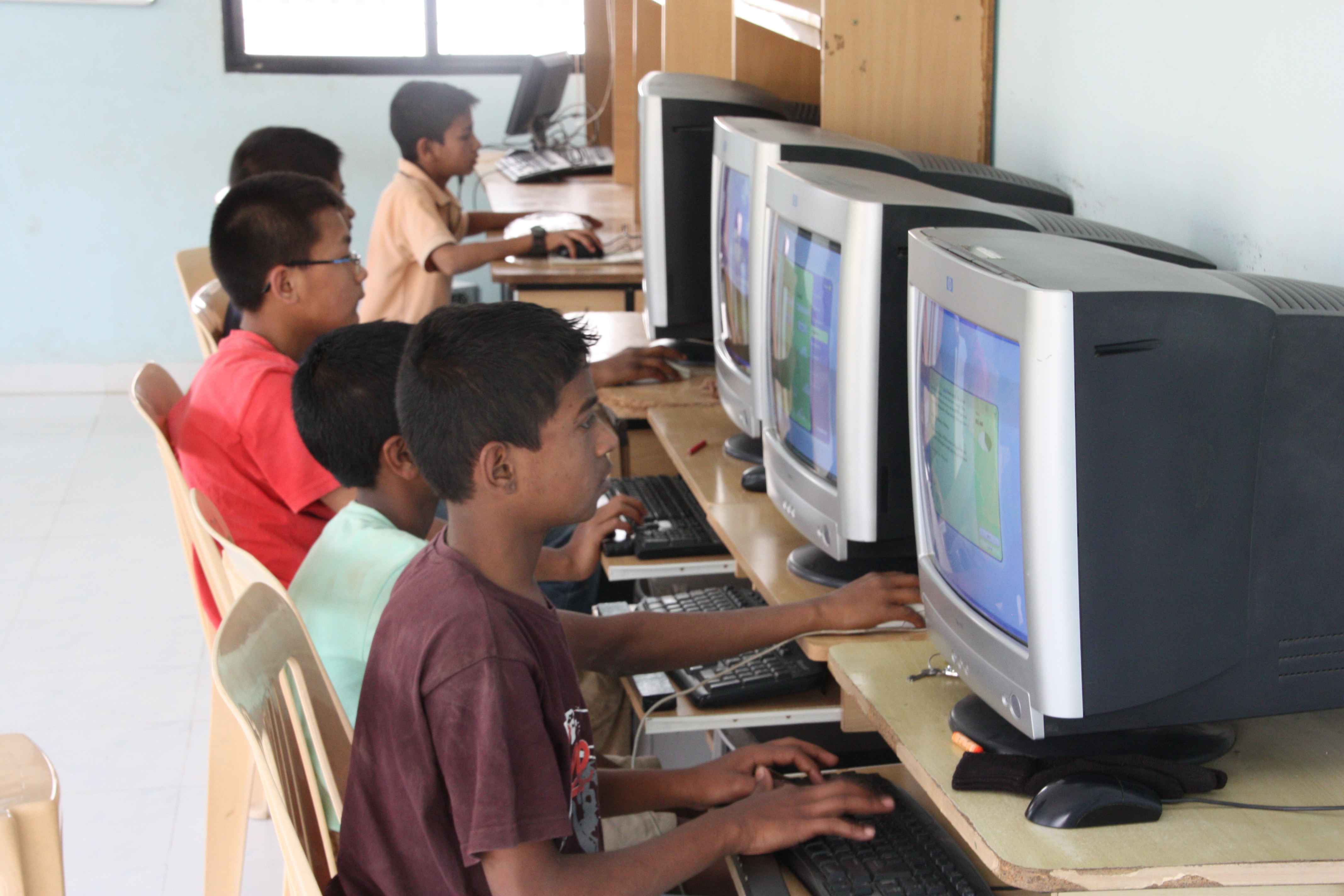 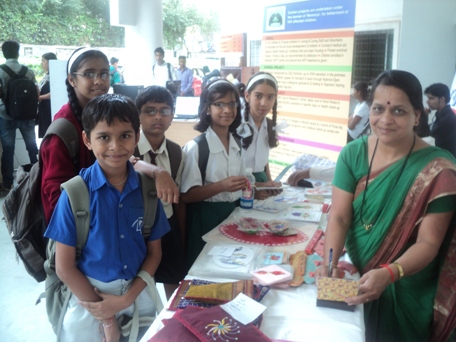 Challenges strengthen our resolve and success inspires us to do more. Here are a few such inspirations 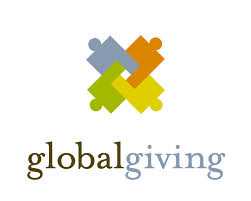 Manavya has projects in the fields of Education, Health, and Residential Care.

Assimilation of HIV+ People into the Society without any Stigma and offer them Equal Opportunities to Excel in life.

To provide residential care and rehabilitation of HIV/AIDS affected destitute-orphaned children and women.