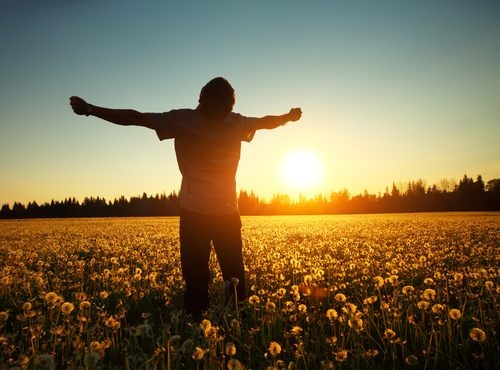 Vishnu’s case of HIV is that of vertical transmission. Both his parents died when  Vishnu was very young. He has an elder brother and a sister, both of them are HIV negative. At the time when Vishnu was admitted in Manavya, his siblings were very young and hence could not take his responsibility. Their distant relatives too were not keen on taking care of him considering his health status.

As a young boy, Vishnu was very week and used to often fall prey to various infections. His CD4 count was far below normal and hence he was put on First Line ART medicines at the age of 10 in 2001. With proper nutrition and regular medication, Vishnu’s health started to improve. He began to show improvement and his immunity gradually developed. As a result of this, he was lesser prone to the infections and did not fall ill frequently. Vishnu developed resistance to First Line ART medicines in 2010 and his viral load had also increased. With doctor’s consultation, he was put on Second Line ART medicines in 2010. Since then, his health has improved and he is living a healthy lifestyle.

As a child, Vishnu was an extrovert. He enjoyed chatting and making pranks at his friends in Manavya. Even today, he enjoys holding conversations with everyone, young and old alike. He takes initiative in various activities and looks after the younger children. He enjoys participating in various social events organized at Manavya. Vishnu was average in his academics, but he showed interest in mobile and home appliances repair. Considering his aptitude for gadgets and instruments, Manavya enrolled him at Kohinoor Technical Institute were he successfully completed his course.

After turning 18, Vishnu now lives with his elder brother. The rest of his distant relatives have also accepted him, which happened after Manavya made constant efforts to create awareness regarding HIV.

Vishnu worked with a mobile company as Assistant Technician which made him confident about himself and his work. Now he inspires to own mobile repair shop in the near future. He also started helping his brother's business of vegetable wholesale trading. Vishnu goes to the market in the early hours by 1 am and finishes his work by 12 noon. He has adjusted to this very odd & hectic time schedule. He has set up the example for the other Manavya children that they can also do hard work and live good life. They are not weak and they can also do hard physical work.

Vishnu’s ties with Manavya still holds strong. He is active participant at Unnati, a support group of Manavya that offers help and assistance to children over 18 years and presently residing with their extended families or independently. The counselor at Unnati, conducts regular counseling sessions and makes a home visit to ensure that children are able to cope with life outside the protective shelter of  Manavya.